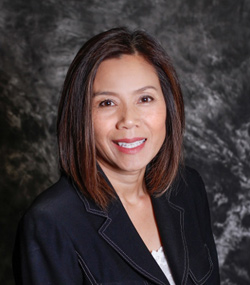 Thu earned her Bachelor of Arts at Boston University in 1990 Juris Doctorate at Western State College of Law in May of 1995, graduating with Scholastic Merit and Amjur awards in civil procedure. While attending law school, she worked as law clerk for the Fullerton District Attorney’s office as well as clerked for a civil litigation defense firm who offered her a position once she was admitted into the California Bar in November of 1995.

Thu decided to jump out of heavy litigation practice and opened her own firm in 2000, focusing in both civil and workers’ compensation defense. She has extensive experience in trials, appeals and handling of large exposure claims in workers compensation involving MSA, structured settlement and life pension issues. In her spare time, Thu loves to travel and be with her family.